How to add value as a product manager? 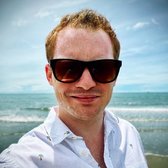 Hi there, Something that’s been on my mind a lot lately is if I’m actually adding value to the team a